Recently I got a used dell laptop but the original power adapter is missing. Since the interface and power ratings seem to be pretty much same as my current dell, I thought I could be able to share the power adapter for both laptops, but I was wrong…

With the power adapter plugged, the laptop can be turned on, but I immediately noticed there are something on the BIOS screen saying that the adapter can not be identified, and the battery will not charge (the picture is from internet but it has almost identical information):

So, that means there is something other than just power being transferred to the laptop. What is that? This really brings up my curiosity. Before cutting the cord and  counting wires, I did a search, and internet will never fail you. This is what I got:

The post was created 5 years ago and I’m not sure if things have changed, but it worth a shot. So, a chip with OneWire protocol! Funny thing is, I’m currently working on a small wireless sensor network project which requires communicate with a temperature sensor called DS18B20: 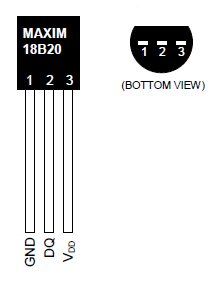 By simply tapping a digital analyzer I should be able to see what’s communicating between two sides, but I don’t have one. So, it’s time to write some code and hook up a uC to see what I can read out from the power adapter.